Fish Swami is proud to introduce its newest section of the site - Fish Videos. It can be intriguing and entertaining to watch fish when they are active, and one can learn lessons when fishing by spending more time watching fish before he or she actually wets a line. Odds can be tilted in the angler’s favor by discerning if a fish is feeding, how it is taking its food, whether it seems curious or if it is simply lethargically biding its time until the next major hatch to feed. My goal is to take videos of fish in varying situations, sometimes showing a lesson to help the angler succeed and sometimes simply to enjoy watching fish interact with their environment.

Mountain lakes hold intrigue. They're often protected by long drives down dusty, washboard-surfaced dirt roads that recall memories of bouncing on your dad's knee as a child. They're also protected by long hikes carrying heavy packs that bite into your shoulders, making you wonder why you didn't spend the weekend at home enjoying the air conditioning. But it's that euphoric feeling of giddiness felt once the mountain lake materializes out of forest and trail that lightens the pack, soothes the shoulders, and sends you scurrying to ready your fishing gear.

I never thought I would think this, but some aspects of fishing in Alaska make me appreciate what Idaho has to offer. Sure, Idaho doesn't boast chinook salmon that top the century mark, or silver salmon that make flyfishermen's arms ache, but it does offer fish that actually feed on bugs and the luxury of seclusion even on its more well-known waters. Both of these points became readily apparent in my recent two-week excursion to Alaska. 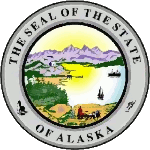 Thanks for the advice, I'm not sure I would have known not to get eaten if I hadn't read that. That's the kind of blatantly obvious advice you get that makes you shake your head. Advice similar to: "Don't burn yourself!" when you're putting a piece of wood on the fire.

The 2006 year was good to me with regards to my outdoor adventures. I was able to partake in several backpacking adventures to mountain lakes during the summer months, while visiting the local rivers and ponds frequently year-round. Overall, I spent more days in Mother Nature and on the water than any other year to date. The following are some of my better outdoor photographs from 2006.

A few years ago I was thumbing through a fly fishing magazine when I came across an interesting article by Gary LaFontaine regarding a sinking-line, floating-fly technique he used for catching bass and trout suspended over shallow weed beds. One of the first things I enjoyed about the article was LaFontaine's writing style and his ability to mix fishing stories with theories and details. But more so than LaFontaine's writing style, it was his creative fishing mind that captivated my attention and did not let go.

One of the simple-to-use features of Fish Swami is its basic statistics page where it breaks down the number of fish you caught in a given year according to month, fish species, location, or pattern. Although the numbers are fun to look at, they don't tell you much aside from some basic information about how you did fishing in a given year according to some simple groupings. I'm going to discuss my top fly for 2006 and attempt to explain why it worked and what factors influenced its relative productivity. The following is my table of top 10 flies for 2006:

I have created a fishing log template for Fish Swami users to print off and use while fishing. The format is very similar to the format used to enter in the fishing log data in Fish Swami, so the transfer should be fairly seemless. The template can be found here:

Fish Swami was born in the minds of myself and a couple college friends (search for users zstroud and splashbuilders) as we would easily remember the highlights of fishing trips past, but would struggle to recall what the weather was like, whether the wind was blowing, or which flies had worked best during those trips. Our initial thoughts turned towards keeping a relatively simple written fishing journal; however, as I changed majors from Civil Engineering to Computer Science and became more adept at programming and web design, it was easy for us to discuss ways to take a written log several steps further. Building an online fishing log was a logical first step where we, as fishing partners, could not only shared our individual fishing logs with each other, we could share them with anyone who wanted to see them.